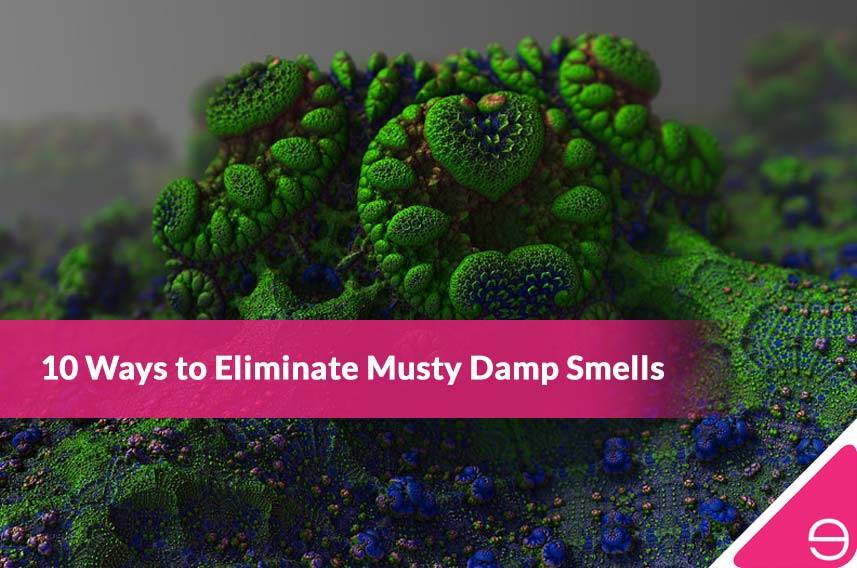 Nobody likes musty, mildew smells in the home or office.

If you have been noticing this unpleasant odour in your premises, chances are that the building has a damp issue.

This is not only an unpleasant experience, it is actually a cause for concern regarding health matters.

Ideally, you should opt for a solution that reduces the source of the moisture to eliminate the damp, musty smells that are being generated.

It’s important to understand that musty smells are usually created by both mould and mildew.

However they vary slightly from one another.

Mildew is essentially a thin layer of fungi that grows on fruits, vegetables and plants.

Mould however, tends to be thicker and penetrates deeper than mildew.

If left untreated, mould can cause structural damage as it can literally infest anything in its path, including clothes, furniture, books, drywall and plaster.

The first thing to do is to start inspecting areas which might be prone to the growth of mould and mildew.

You need to establish the source of the musty smell you are experiencing.

It’s a good idea to check areas and rooms where it is normal for condensation to occur.

This includes areas and walls in WC’s, bathrooms, kitchens, as well as where HVAC units are located.

Once you’ve established areas where mould and mildew is present, you can try using one or more of the following methods to get rid of that nasty unpleasant smell being produced:.

Remove Anything Infested or Considerably Damp

Anything that is contaminated with mould or mildew will need to be cleaned thoroughly, and in many cases thrown away completely.

In some cases professional treatment might be required, especially if it is a permanent fixture or an item of great importance or value that simply cannot be discarded. 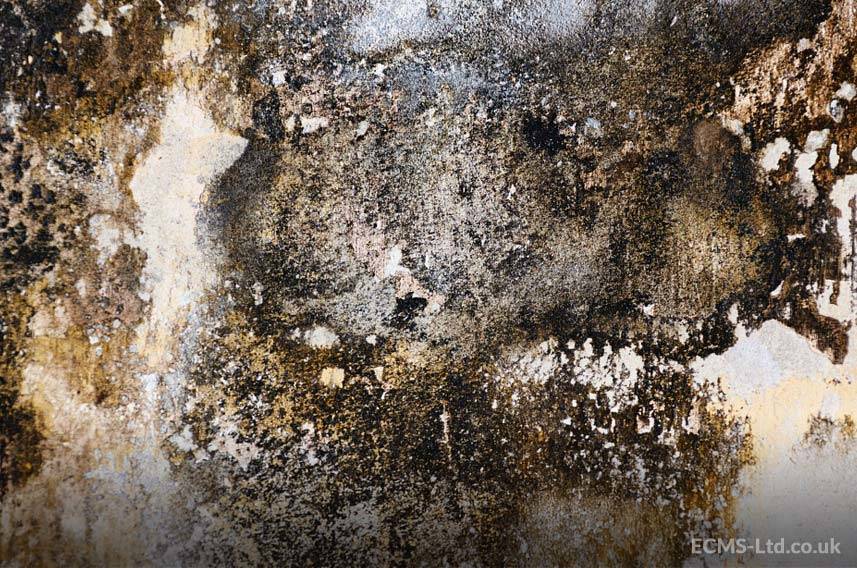 Address the Source of Moisture

The source of the moisture could be anything from poor insulation, to leaking pipes and taps, to bad seals and gaskets.

Any leaky pipes should be fixed as soon as possible by a professional plumber.

The same applies to areas where insulation could be improved.

Clogged gutters are a common culprit as well, and so it’s important to keep them as clean as possible.

Regular inspection is recommended, so you may wish to hire a professional cleaning service provider to clear your gutters and gullies thoroughly.

From time to time you could clear the guttering yourself if feasible.

A good method is to mix one part boric acid with two parts of white vinegar, and two parts of hydrogen peroxide and dilute everything in four parts of water.

This is an effective cleaning solution. 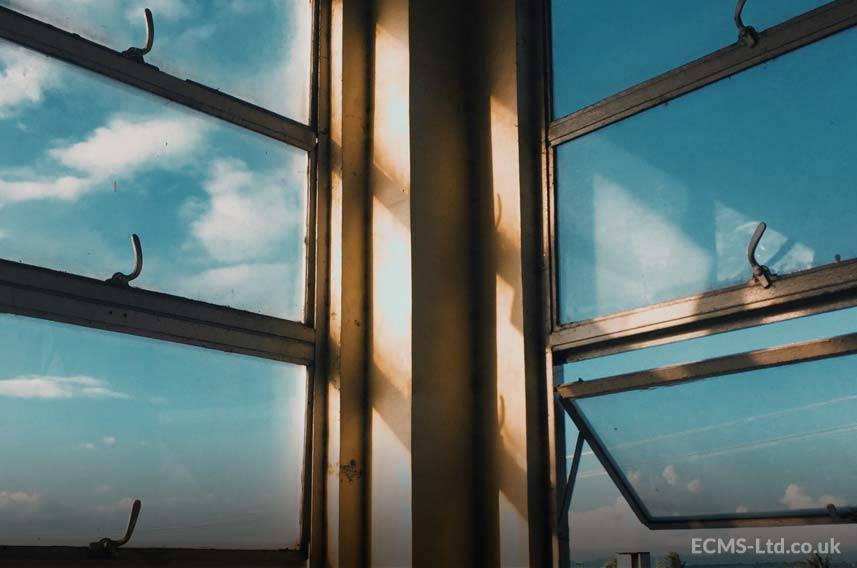 Try to ventilate all the rooms and areas in your building on a regular basis as this will help to greatly reduce musty smells, as well as discourage the development of mould and mildew.

It’s a good idea to occasionally open compartments such as cupboards and drawers to ventilate and air them.
This is also important as you can thoroughly inspect them as well as reduce musty smells that could be building up inside.

From time to time it’s a good idea to clean the inside of such cupboards with warm soapy water, or by using a mixture of vinegar and water.

If you notice that the smell is really strong, it’s a good idea to leave a bowl filled with vinegar inside problematic cupboards overnight as this will help to neutralise the musty smell more effectively.

It cleans the build up effectively and also helps you get rid of the awful musty odour.

Any surfaces which are exposed to dampness and condensation should be wiped regularly with a mixture of water and bleach.

Investing in a dehumidifier is a good idea if you have a building that’s regularly affected by mould and mildew.

A dehumidifier will help to reduce condensation levels in your premises as it is able to absorb moisture and reduce the humidity levels in the air, whilst also killing mould and other microbes which thrive on moisture.

You might also consider investing in an air purifier.

They help to circulate the air through a filtration system.

Any air-borne pollutants will be trapped within the filter.

This can reduce the musty smell in your premises, and freshen up the air considerably.

The pleasant scent of lemons is powerful and ideal in reducing musty odours.

You can boil lemons, or their rinds, and leave the mixture in containers dispersed in different rooms and common areas of your premises to freshen up the air.

After some time the mixture will cool down, so the fragrance will lose some of its effectiveness.

However, you can still use it by pouring into a bottle and spraying on different surfaces in problematic rooms daily. 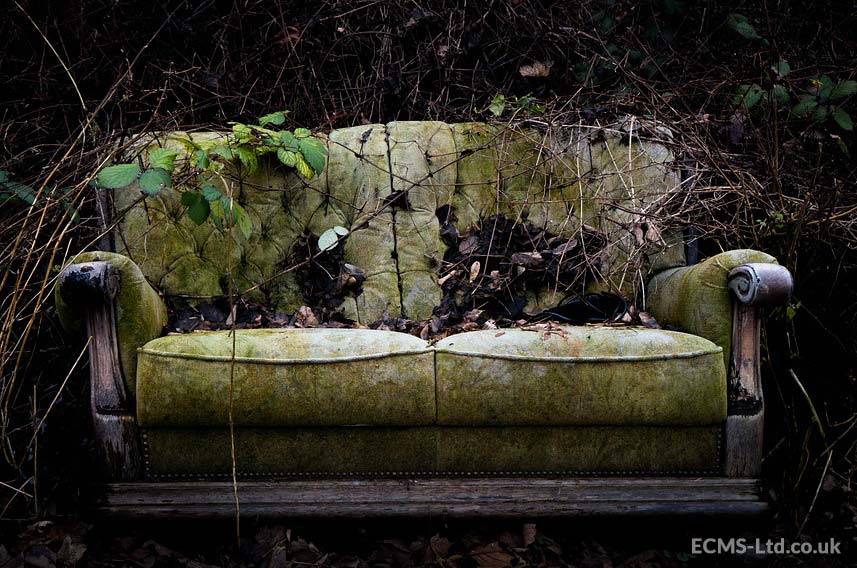 It’s common to smell musty odours coming from soft furnishings, rugs and carpets if they have been sat in a damp environment for a considerable length of time.

An effective way to freshen these up is to sprinkle some bicarbonate of soda onto them.

Leave it onto them while you vacuum, or just before.

If the furniture absolutely reeks of a musty, damp odours and the fabric is decaying and deteriorating however, it might be time to discard them.

A simple method which works fairly well is to fill a jar with charcoal and place it near the source of the musty smell.

Over about 12 hours it should be able to absorb a large part of the bad odours.

The stronger the smell, the more often you would need to repeat this process.

Another option is to try cat litter, which also works well to absorb unpleasant smells.

Ground coffee is also said to help if the smell is not too strong.

Obviously all of these are temporary solutions to freshen up the air and should be treated as ultimate solutions.

It’s important to identify and get rid of the source of the smell to solve the problem entirely.

Getting rid of musty smells in your premises is not that hard, as long as the smell is localised to a particular room or area.

However, if you suspect that the musty smell is throughout the house, the issue could be structural.

In that case, it is important to seek advice from a professional.