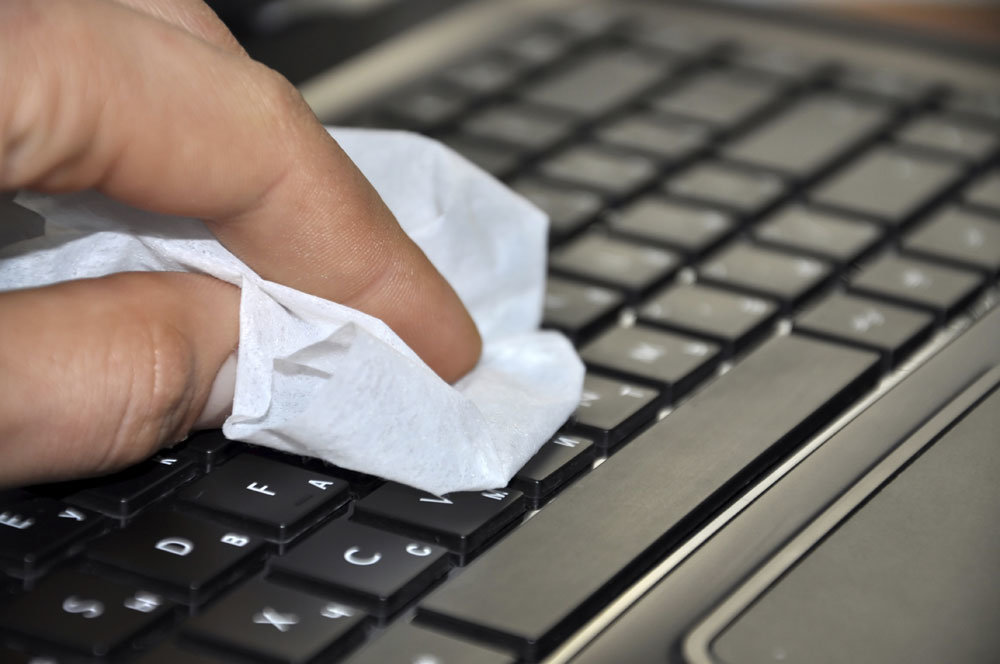 Just how clean is your office environment?

Every day, millions of us go to work to spend a minimum of around 8 hours in the same building. That’s at least 40 hours a week and over 2000 hours per year – that’s before counting any overtime or late finishes.

So when you consider that you spend more time at the office yet invest far less time in cleaning and sanitising your work space, does it come as any surprise that where you work is one of the dirtiest places you’ll ever spend your time?

Research has shown that offices are in fact one of the unhealthiest places you’ll inhabit during your lifetime yet, we give little thought or consideration as to the hazards this may present. So is this scaremongery or are offices really that dirty?

How dirty is your office desk?

It’s a fact that offices are a breeding ground for germs. Top microbiologist studies have shown that the typically modern style office cubicles and compact workspaces have far more bacteria than larger communal areas, with top offenders of grubbiness being desks, keyboards and telephones.

Typically, the following items are classic examples of places where germs harvest, yet very little sanitisation or cleanliness occurs:

The average desk phone has more than 25,000 bacteria, making it unsurprisingly the most unhygienic item in the office. This is mainly due to putting it straight to your mouth and in most cases, it seldom gets cleaned or disinfected at regular intervals. Phones are also used by numerous people so germs pass from person to person very frequently.

Your desk is also an environment that germs thrive in. The average desk has more than 20,000 bacteria and in some cases, have even been found to be 400 times dirtier than a toilet seat!

Some studies have suggested that the average keyboard has around 3,500 bacteria per surface. Even more concerning is that tests found keyboards carrying bugs can cause food poisoning, with four out of 33 types being deemed potential health hazards.

Top Microbiologist Dr Peter Wilson of the University College Hospital in London, claims that a keyboard is frequently “a reflection of what is in your nose and in your gut” due to users regularly coughing, sneezing, blowing noses, breathing and touching the surface for hours on end.

With employees now having a far more time-pressured working lifestyle, skipping breaks and eating lunch at the desk is commonplace. Unsurprisingly, keyboards have become a cosy home for crumbs, hair, skin and even dead insects. Yuk!

The humble mouse is another culprit of germ harvesting, with over 1,500 bacteria found on average per surface.

Unsurprisingly, copiers are generally home to tons of bacteria and germs, and are rarely ever sanitised or cleaned.

Guess what… the men’s toilet seat is actually cleaner than all of the above. Yes, it’s true! On average, tests show that the humble toilet seat has just 49 bacteria per surface. So where do you fancy eating during your next lunch break?

So how does office cleanliness affect your staff?

Every year, staff sickness and absences costs the UK economy nearly £12 billion in lost revenues. Now, office cleanliness cannot be directly attributed to staff absences but poor cleanliness certainly won’t help. However, it is common knowledge that office environments are a hive of germs, that get passed from person to person.

The most harmful bacteria most commonly found at offices is called “staphylococcus aureus”, and this is present in human nasal membranes, hair and skin. The most common ailments it can cause are infections such as acne and pneumonia and this is just one example of the physical effects poor cleanliness can cause.

A dirty office environment can also affect the psychological wellbeing of employees too. Research shows there’s a direct connection between a clean and tidy working environment and increased productivity.

Isn’t it time you had your office professionally cleaned?

At ECMS, we specialise in proving a VDU and telephone sanitising service. As previously outlined, a build up of germs, skin cells and body fluids on keyboards and other desk equipment is a major health hazard and regular cleaning helps to reduce the risks of illness or poor health considerably, as well as making for a pleasant working environment and meeting European standards.

If you’re concerned about the cleanliness of your working environment, speak to our sales team today on 01474 876800 or find out more about our VDU and keyboard cleaning service.